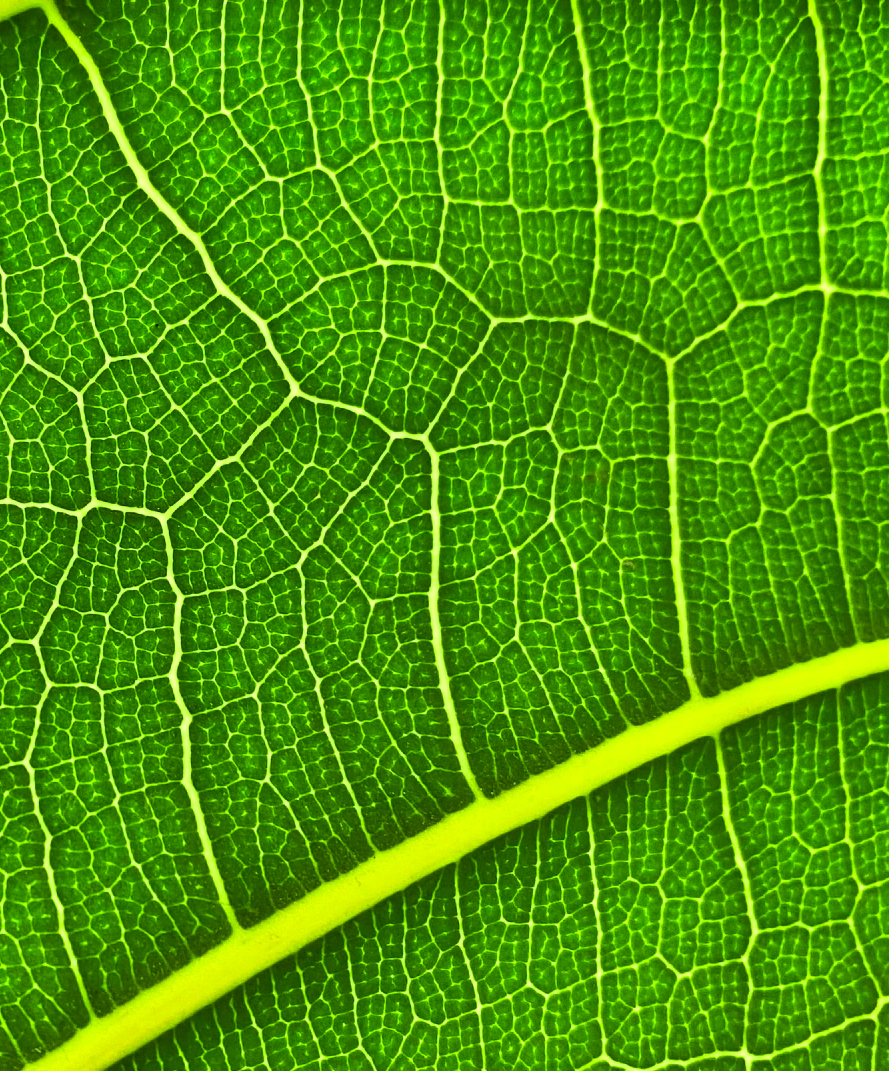 Electricity is one of the world’s biggest industries. Electrons – pulsing through grids and into millions of vehicles, billions of buildings, and trillions of devices and processes – make us go. The sector that generates, transmits and distributes those electrons has existed for more than a century, with variable reliability to the 90% of the world’s population that routinely uses electricity. Reliable, inexpensive, and above all zero-carbon power is essential to Voyager’s investment theses. As investors, we recognize both the opportunity in and imperative to build for the future – enabling electrons for tomorrow.

Delivering electrons tomorrow means not just reliably supplying the many sources of demand that exist today, but also matching new supply to new demand, and matching new technologies with new business and societal priorities. Electricity’s influence on the climate system cannot be understated: stabilizing the climate will require complete decarbonization of the power sector. Renewable energy, distributed and centralized energy storage, and technological systems to balance and manage reliability in an increasingly volatile physical environment are all transforming the global electricity industry. It is both rapidly evolving, and it is under increasing strain.

Key to transforming electricity is understanding and embracing the fact that the electrical sector is also crucial to transforming other sectors as well.  It will energize advanced mobility (and will in turn need management across billions of connected nodes of electric transport). It will provide energy for carbon removal technologies and new means of industrial production for steel, cement and the fundaments of global infrastructure. It will keep the lights on, and the temperatures optimal, for novel food production. As these new use cases evolve and more renewable energy comes online, companies are emerging that will transform electricity supply, transaction, and demand.

As the grid and the industries it supplies transform, electric power will evolve in time and space. We expect to see:

Globally, consumers spend more than $4 trillion dollars a year on power, but for ease of comparison, we will use the US as an example to capture the scale of a single (albeit) large market.

Electricity revenues are a substantial aspect of the US economy. US expenditures alone on electricity are approaching a half a trillion dollars each year, equal to almost two percent of US GDP in the third quarter of 2022. That’s more than $1,400 dollars per person over the past 12 months. Residential spending is the biggest component, followed by commercial and industrial spending. Electricity is an essential economic input, and for much of the past decade, it was a fairly predictable one as well, with slight but generally manageable overall spending increases. For most of the decade, in fact, real electricity prices, as measured against the overall consumer price index, were falling.

The grid also requires substantial spending to maintain stability and provide service to a growing population, independent from its spending on fuel, operations and maintenance. Power is capital intensive. Even in an established network with relatively low demand growth, such as the U.S., capital expenditures just in the nation’s investor-owned utilities are more than $150 billion a year, according to data compiled by Edison Electric Institute. That amount has tripled in nominal terms over two decades, and for the last decade has risen without fail every year.

Then there are the sector’s financial returns. While utilities are generally profitable, their profitability is under pressure.  Utilities earn a regulated return on equity, which has been rising for years. Adjusted for the rising yield of risk-free alternatives (the 10-year US Treasury yield), however, utility ROE has been falling since early 2020 when it hit a three-decade high.

Finally, the electric power industry must react to three major forces shaking the sector’s foundation, and evolve in the process.

It is these conditions of stress, and the need to change, that also create opportunities for entrepreneurs. While the electric power industry is not known for embracing disruption, disruptive innovation is warranted in these massive markets. Voyager groups the opportunities as follows.

We believe there are many opportunities emerging in renewable power generation, in particular at small scale and highly distributed within the grid.  Residential and commercial solar have existed for years, but their appeal is particularly clear today given the 14% increase in the average cost of electricity in the past year. Even accounting for inflation in renewables, the value of renewables relative to grid prices has never been more obvious.  The clear value of renewables reflects the efficiency of generating near demand, building both quickly and incrementally into existing grids, and enabling more resilient, better-balanced power supply and demand.

Public policy is also well-suited for power sector transformation, in particular the creation and implementation of forward-looking regulation for distributed energy and permission of transmission infrastructure. And while not ideal in every case, the policy mechanisms which populate the Inflation Reduction Act may actually be more efficient than a carbon tax at reducing power sector emissions.

Utility-scale renewables deployment exceeds 150 gigawatts in the US. continues across the US, to such an extent that abundant wild and solar power sometimes generate in excess of grid demand in markets like California and Texas.  The potential for growth is of a different magnitude, with more than a terawatt of renewable capacity already planned. Without a way to store these electrons at scale, this generation is simply curtailed. Many founders are building for a future that includes this otherwise-curtailed power as an inexpensive input to a range of industrial processes including hydrogen and methane production. In some markets, new solar and wind generation are already the least expensive electrons on the grid and we do not see a floor on solar pricing. That said, the fact of available renewable electrons is not a given unless the utility-scale generation is permitted, financed and built.

Beyond Voyager’s investing in venture-scale early-stage businesses, we recognize the multi-billion dollar opportunity for infrastructure investors in financing solar and wind generation at utility-scale. Fifteen years ago, utility-scale solar in the US was a single project of 14 megawatts. This year, cumulative installations will top 90 gigawatts. In 2022, US solar developers will install three times more PV every day than the entire sector’s capacity fifteen years earlier.

A massive expansion of distributed generation is one element of delivering electrons tomorrow – directly to consumers. A related element will be storing it over several intervals of time as well. Batteries are already a significant player in power markets, in particular for voltage and frequency regulation in very short time periods (sometimes no more than seconds at a time).  In some markets, such as California and increasingly, Texas, batteries also now shift power at gigawatt scale intra-day, storing during hours of high renewable generation and discharging as grid demand rises rapidly.

The future grid will need not only much more of this well-demonstrated storage, to the tune of terawatt-hours globally. It will also need storage that can enable the grid to ride through longer periods of low renewable generation – say, during the low-wind doldrums or prolonged clouds that frequent Northern Europe’s grids.  That long-duration storage will be needed not just for days, but potentially weeks.  In coming decades, grids will also need to store energy between seasons, well beyond the capability of today’s storage technologies.

Voyager believes there will be fundable innovation in:

Stationary energy storage is not the only fleet of batteries that will integrate in units of hundreds of millions. Every modern electric vehicle is obviously a source of power demand – and can also be a source of power supply. Electric vehicles have the potential to replace the fixed infrastructure of electricity delivery – the poles and wires of the grid – to become power plants on wheels.

Bulk transmission is the ne plus ultra of deep decarbonization in the global power system. Distributed generation can only go so far in providing power at the continents-wide scale it will be needed to not only replace all of today’s demand for electrons, but a 3- to 4-fold increase in total power generation globally by 2050. We will need wires, many of them, built as quickly and thoughtfully as possible.

The buildout of transmission in and of itself is not venture-scale.  It is capital-intensive, highly regulated, and equally range-bound in its likely financial returns. Substantial though its cashflows can be, the business of wires themselves is not the ideal place for early-stage venture to deploy capital. There are technology-based roles for early-stage capital, however.

Voyager believes that profitable businesses can emerge in:

One concept is obvious throughout this letter: tomorrow’s electrons will not just be delivered, they will be connected. That connection is literal, of course, as electrons flow from source to demand, but it is figural as well. Transactions are a connection, as are decisions about time and place of dispatch.

Fundamentally, connection is a matter of creating opportunity. In the one-way flow of electrons that defines the first century of the global electricity system, there is a network that generates, maintains, and balances power. That network provides electrons, but it is entirely suited to be a platform on which others can build.

In other words, a massive opportunity in delivering electrons tomorrow will be in enabling new layers of connection that today link all these vital but separate opportunities together. That means going beyond SCADA, and towards something more like Plaid – an API on which many other products, services, and benefits can be built.

Delivering electrons tomorrow will still involve generators, wires, and meters.  Voyager believes that the value of that delivery will come not just from energy provided, but from connections created.